is a world music a capella quartet

based in Amsterdam, the Netherlands.

Europe, Asia and Africa. The group's original arrangements give the old songs a new lease of life and an unexpected sparkle.

The group sings in more than twenty-five languages. The program varies from Russian, Balkan and Roma to a more exotic mix of songs from Lapland, Kurdistan, Vietnam, Kenya, Nepal, Ireland, Pakistan and many other countries.

Most of the plural harmonies are sung without accompaniment, some with guitar or accordion.

The quartet - in sumptuous costumes - adds a touch of theatre to its performance to enhance the music and bridge the possible language gap.

Rusalki is linked to Musicians without Borders,a worldwide organization that uses music asa means of reconciliation, creating connections across ethnic and religious borders. 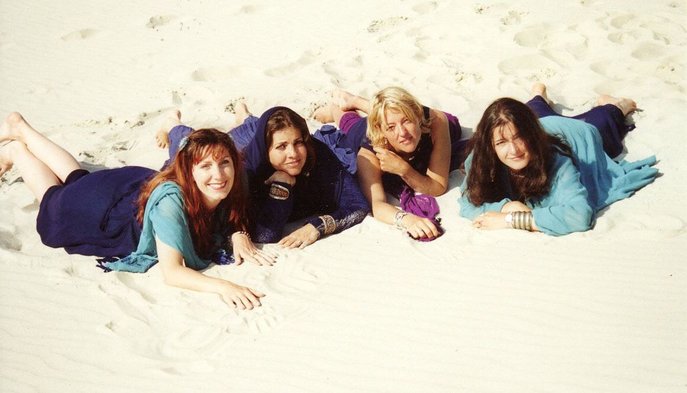